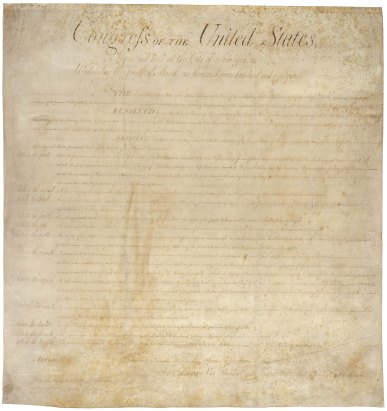 So, a whole bunch of people died recently (again), and, once again, we can trace the basic root cause back to the easy availability of firearms in the United States. And, once again, American consistency rules the day, and we can count on an angry backlash from right-leaning pundits and politicians telling us not to talk about guns when they’re used to commit mass murder. Because we can’t have nice things, apparently.

One day I will actually finish my big firearm policy piece on my blog. Until then, I’m not necessarily interested in a big argument about the why right now. There will be plenty of time and energy for that debate in the future. I just want to point out that there is a clear correlation on the national level (and a slightly muddier correlation on the state level) that more guns equals more gun crime. Generally. I have no doubt there will be some who will want to argue and rage over that point. I’ll get to that soon enough. Don’t worry.

Right now, however, there’s another point I was thinking about. Many Americans, (particularly those elected officials nestled comfortably in the pockets of the firearms manufacturer lobby) will bring up the Second Amendment.

The argument usually starts and ends there. The Constitution says we can have all the guns we want, so that’s that.

Indeed, for years, many Americans believed this. The Second Amendment is vaguely worded – some historians argue intentionally.

A well regulated Militia, being necessary to the security of a free State, the right of the people to keep and bear Arms, shall not be infringed.

The history of the Second Amendment is long and surprisingly complex. Much of my eventual gun piece will focus on it. Suffice to say, the actual language of the amendment was subject to much debate, as was what the actual intent should be. Michael Waldman covers this beautifully in his book The Second Amendment: A Biography.

I’m not going to delve too much into the history here, except to note that compared to some of the other amendments, the second one actually hasn’t come up in court all that many times. One of the most significant cases that did warrant a Supreme Court hearing was the United States v. Miller in 1939. The decision in that case largely affirmed the notion that the militia aspect of the amendment was its linchpin. Meaning, the amendment itself didn’t actually guarantee individuals unfettered access to firearms.

During the time the Bill of Rights were being hammered out, the hope was that a standing army would be unnecessary. In the event military action was needed, the citizen militia would be able to mobilize quickly. They would need to have access to firearms, ammunition, and proper training. It was thought to be important to codify that need as a right. But it was largely a collective right, as well as something of an administrative measure. Even at the close of the eighteenth century, many towns and cities had regulations and restrictions on firearms. It was not automatically assumed that there was a right for individuals to carry firearms in public. The Second Amendment was there more as a way to ensure national defense than anything else.

This was essentially the interpretation that was used in the Miller decision. While there were dissenting historians who argued in favor of the individual right to own guns, they did not dominate academic and judicial circles. Plenty of superb legal minds have sided with the militia view of the Second Amendment. Former Justices Warren Burger and John Paul Stevens have both weighed in quite eloquently on the topic.

Flash forward to 2008. District of Columbia v Heller was a constitutional challenge to firearms restrictions in Washington DC. In a massive interpretive shift, the Supreme Court narrowly ruled against the restriction. The majority opinion was written by Antonin Scalia, in what for him was something of a pet project. The historic Court interpretation of the 2nd Amendment was something that had perpetually vexed him, and with a 5-4 right-leaning majority, and a gun case that made it up to that level, he had his chance to push back against centuries of precedent. Thanks to his 64 page decision, the Supreme Court officially reversed course, and now, individual possession of firearms for protective purposes was constitutionally mandated.

There is  quite a bit to criticize regarding Scalia’s skills as a historian, which has always cast doubt on his preference for “originalism.” More than that, his claimed objectivity barely masked his ideological extremism. Remember, this is the guy who equated LGBT Americans with murderers and animal rapists. But regardless of any assessment of his knowledge or biases – his decision stands. So, now that Americans have a right to own firearms, what does that mean for gun regulation? Does that mean all laws should now be thrown out?

Well, let’s ask Scalia himself. Well, er, that might be tricky now, but we can consult the deciding document itself, because Justice Scalia took some time to address regulations and restrictions.

Like most rights, the Second Amendment right is not unlimited. It is not a right to keep and carry any weapon whatsoever in any manner whatsoever and for whatever purpose:  For example, concealed weapons prohibitions have been upheld under the Amendment or state analogues. The Court’s opinion should not be taken to cast doubt on longstanding prohibitions on the possession of firearms by felons and the mentally ill, or laws forbidding the carrying of firearms in sensitive places such as schools and government buildings, or laws imposing conditions and qualifications on the commercial sale of arms.

Right there, Scalia specifically lists four different types of restrictions that he – a believer in an individual right to own firearms – considers constitutionally sound. And there is an implication that other kinds of restrictions may pass muster under his revisionist interpretation of the Second Amendment. It’s also important to remind the zealous of his first sentence in the above paragraph:

Like most rights, the Second Amendment right is not unlimited.

In the same way that laws against threats and libel don’t violate the First Amendment, even rights enumerated in the United States Constitution have necessary limits. As libertarians love to say, “your right to swing your fist ends at my nose.” If a right impedes the rights of someone else, then it has reached its limit.

The Second Amendment is no different. While I have much to dispute with the late Justice Scalia, he and I both agree that in a working society, every right must have a stopping point. With firearms, that specific point is clearly a major sticking point in political and legal debate. But there is no doubt that a line can be drawn, and the right to own guns is not an absolute right.

If one believes that a legal restriction – say, the banning of automatic weapons – is in violation of the Constitution, then they can and should make a case supporting their argument. But as Justice Scalia wisely pointed out, that case is not certain to pass muster. By his own writing, limitations on types of guns, restrictions on how and where they can be carried, and restrictions like universal background checks would all still fit within a Constitutional framework.

As I stated earlier, I will eventually delve more in depth on gun culture and law in America. The United States faces unique challenges regarding weapons and crime that other advanced democratic societies don’t contend with. This deserves extended debate. But just like throwing around homicide rates in Chicago, hiding behind the Second Amendment doesn’t cut it when arguing against gun regulation. The architect of the modern pro-gun argument himself acknowledged the need for restrictions on firearms ownership. That leaves a lot of room to debate the details, but it also means the notion of restriction isn’t off the table.

3 Responses to A Well Regulated Debate