Lions, and Events, and News… 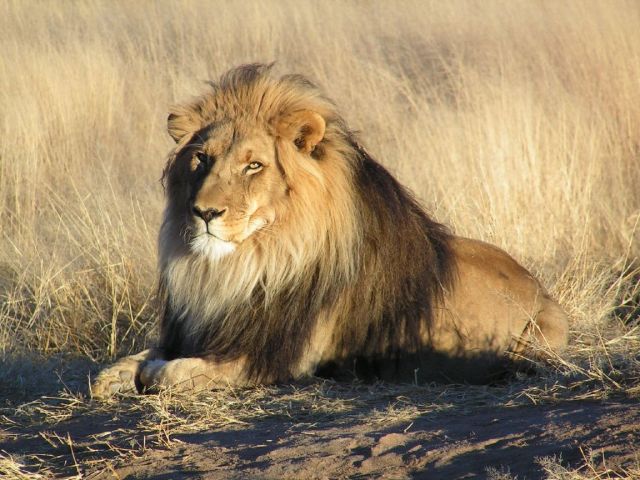 A common pattern emerges with many news stories. If something occurs that is not necessarily a matter of life and death for humans, but involves an emotional topic, then after a day or two we start to see an interesting backlash against the coverage of the news piece.

This happens with regularity. In recent months, it occurred with news regarding celebrities, with the New Horizons flyby of Pluto, and with innumerable other “frivolous stories.” Notably for this little rant, it has recently occurred with the story of the dentist who killed the lion in Zimbabwe.

Shortly after that story came to public attention, I observed several individuals through various social media outlets posting comments and memes questioning why anybody would be concerned about a lion, when there are many more important issues happening in the world. I’ve counted a dozen such posts in my Facebook feed, and countless articles around the Internet saying much the same thing.

On the surface, this is quite reasonable. No sane person would argue that police brutality or mass starvation is less important then the fate of a single lion. However, this argument misses a key point.

There’s room for both.

Just because one topic happens to be “more important” than another, it doesn’t invalidate the “lesser” one. There are still many good reasons to discuss this topic. Not the least of which is that there’s nuance here beyond simple poaching.

Sometimes, there’s more to a particular issue then what one initially sees on the surface. Poaching a lion is not necessarily strictly a discussion of the legalities and/or morality of hunting. This issue highlights related issues such as trophy hunting, animal conservation, wealthy Americans exploiting African resources, and the Earth’s rapidly diminishing biodiversity. Discussing these issues doesn’t mean the world forgot about everything else.

It’s common to see someone post an impassioned argument on Facebook commenting that people care more about a lion than they do other, more pressing issues. Then, often in the same day, that same person will post commentary on sports, or entertainment, or something else not related to said important topic.

Nobody (who I know) that has complained about the Cecil media coverage, posts important issues 100% of the time. And of course, they shouldn’t have to.

Yes, for a few days, Cecil the Lion has received significant media coverage. It’s legitimate news. Rich tourists poaching apex predators is actually a serious issue, and contributes to a significant long-term ecological impact on the world. Is it as immediately impactful on the day-to-day lives of average Americans as the serious issue of racial discrimination? No, of course not! The heinous murders, harrassment, and overall persecution of unarmed civilians by overzealous (at best) police is an enormous problem facing American society.

Is the death of a charismatic animal is important as misery, starvation, and economic malaise within Zimbabwe itself? Again, obviously not.

A single lion half a world away can feel like a distraction. I completely understand that.

The problem is, shaming people into ignoring any news but the one that feels most important is counterproductive.

To those who are upset Cecil the Lion has received significant media exposure, I say this:
Just because you happen to see news stories and commentary on a topic that you don’t personally care about does not mean that your topic has suddenly vanished into the ether. Global warming, crime, human trafficking, war in Ukraine, Syria, and Sudan, intelligence service overreach, government oppression, corporate oppression, personal oppression…. it’s all still there. And yes, it all still matters.

Guess what, though? So does Cecil the Lion.

If it’s not an issue you care about, cool. I get that. Some people don’t care much about the effects on prey species when apex predators are suddenly diminished in number. Many could care less if a sudden surge in zebra and antelope population leads to overgrazing, sudden erosion, mass starvation, and a local ecological collapse.

No big deal. Doesn’t affect me, one might think.

Your cat videos and movie trailers are cool, too.

While I admit to being somewhat snide here, I acknowledge that priorities differ from person to person. Which is kind of the point.

I understand the concept of triaging news stories. People will pay the most attention to that which impacts them politically, socially, and emotionally. However, that’s very much a personal decision.

“Why does everyone care more about a lion than… insert “serious” problem…?”

Good question. Do they? Or is it that it happens to be a topic that concerns some people? And maybe that’s it.

Scanning the major news sites this week, I’ve seen numerous reports on the conviction of a cop who shot an unarmed man during a traffic stop. I’ve seen discussions of nuclear talks with Iran. I read a fascinating piece on the crash of a private space plane from last year. More data pours in from New Horizons. Approximately 728 serious candidates, and Donald Trump, have announced they’re running for President.

Oh yeah, and a Minnesota dentist with a history of legal trouble was caught luring an extremely endangered animal out of a nature preserve, killing it, and attempting to cover up the crime.

Is it the most important thing out there? Nah.

But to complain that people seem to care more about that than starving children is short-sighted and generally wrong. This was a single (albeit frequently repeating) event. Starvation and police brutality are ongoing issues. Interest in a topic will ebb and flow, but people don’t forget about it just because a lion is popular for a couple days.

In the interest of full disclosure, I must mention that I am working on a blog post going over big game hunting, and Cecil the Lion is certainly a highlight of that.

I also have written about innumerable other topics, including war, crime, and the economy.

And it all has value.