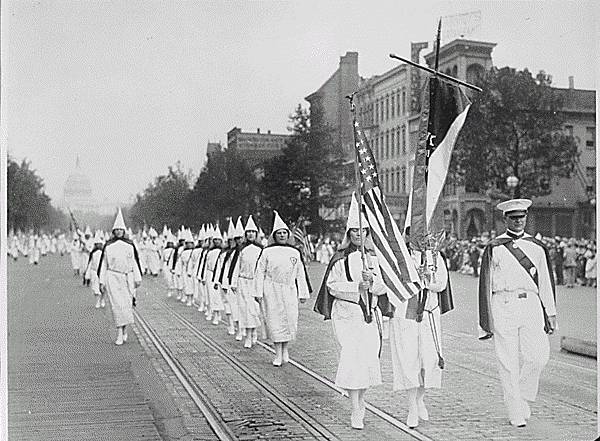 In this new era of President Trump, where there has been an enraged backlash against the new elements of the civil rights movement, concepts like Black Lives Matter find themselves under assault.

Many white Americans who bristle at the notion of being considered racist have vehemently derided Black Lives Matter as racist in its own right. They point to protests that have turned violent. They cite articles from websites with anti-civil rights agendas like Breitbart. They regurgitate long-debunked myths about black criminality. Within the new echo chambers of social media and so-called fake news, racist opinions fester and multiply.

Americans have always believed hateful things. Bigotry is hardly new. Indeed, it may actually be declining, ever-so-slightly, over time. But whenever significant moments of social change occur, there is an uptick in resistance to that change.

The rise of Trump has already been subject of endless thinkpieces. There is likely no single answer to explain why Donald Trump is the current American president-elect. Failures of Democratic messaging and ideology, interference from the Russian government, disruption from the FBI, the cyclical nature of American political control, the disproportionate electoral power of small states within the Electoral College, and a steady trend toward increased polarization, have all played major roles. No one thing can be blamed as the ultimate culprit. However, one aspect that certainly influenced and energized Trump voters has to be white resentment toward social change.

Post-election analysis has frequently castigated the Democrats for “playing identity politics.” Essentially, Democrats are being told (sometimes by themselves) if they just stopped caring about civil rights so damn much, and tailored their message to white people, then they would win.

Yeah, or maybe they would just become lukewarm Republicans.

People don’t like to be called racist. Yeah, no kidding. But even that statement is proof that a lot of white people are completely missing the point. Yeah, there are certainly exceptions, but for the most part, white people AREN’T being told they’re racist. They are being asked to confront the fact that people of color, women, LGBT individuals, the disabled – all have things tougher in this country than they do.

However, far too many white people take that as a direct affront to themselves. This goes back to the concept of white defensiveness. Of societal privilege.

White people point to successful civil rights progress from the Sixties through today. They point to the election of an African-American president. They point out a black or gay friend they might have. They aren’t racist, they swear. They condemn the KKK just like anyone else. And they resent being told they are privileged. They have money problems, too. They’ve had struggles. What’s this privilege bullshit you’re talking about?

President Obama has discussed this himself. Telling someone they’re racist usually just causes more defensiveness. However, ignoring the underlying issues of race that are constantly bubbling under the surface of our national culture won’t help, either.

There are better ways to address racism than calling someone racist.

Maybe. But there are also some problems with that statement.

I find it interesting that the behavior itself is suddenly less offensive than the observation of said behavior. And I find it downright hilarious that people who rail against political correctness are such delicate flowers when their own behavior is described to them.

When Trump supporters rant about “political correctness,” “social justice warriors,” “multiculturalism,” and “identity politics,” they aren’t necessarily intending overt racism. But often they are. And in terms of the societal effects, the difference between reflexive defensiveness and blatant bigotry may not end up amounting to much.

Many white Americans are basically scared of the advancement of people of color. But it’s not that they necessarily oppose a simplistic idea of equality. Many feel that such equality has already been achieved, and discussing issues of systemic racism, police brutality, media bias, and so on, amounts to a personal attack on their very whiteness. Most wouldn’t articulate it quite that way, of course. But that’s what it amounts to. Seeing a person of color win the highest office in the land amounted to an enormous affront to many white Americans. And yet to others, it was a validation. See? We aren’t racist. There’s a black guy in the White House. Let’s all move on now and cut taxes. Or whatever.

Barack Obama’s victories allowed many whites to proclaim that the arguments should now be over, and any more discussion of race is just “divisive.” This is where you get white conservatives calling Obama himself a racist and “the most divisive president ever.” To many black Americans, who have watched (often with frustration) the President take consistently cautious and appeasing steps when discussing race, this is just ridiculous. What has been divisive is the constant rage and unceasing pushback from his (largely white) political opponents. Obama bent over backwards to not discuss privilege, or systemic racism. He attempted to repeatedly engage Republicans and present himself as bipartisan and post-racial. And the response – racism, obstruction, and naked partisanship. Every single time. So, toward the end of his terms, the filter would loosen a bit, and President Obama would speak more directly about his experiences, or the experiences of people of color. And when he did, the refrain was instantaneous. “The President is divisive! The President is racist!”

White America doesn’t like being called racist. Fine. Who does? But it’s deeper than that. People don’t like to even discuss uncomfortable truths. People are scared of examining the reality of those who don’t have things as easy as themselves. Of course racism is dead for many white people. Because they don’t have to deal with the business end of that racism. Police are less likely to treat them with suspicion and aggression. Employers won’t toss out their resumes.

Empathy isn’t necessarily difficult (even for the privileged) when problems for others are glaring or up-close-and-personal. But when it’s more subtle, when it requires a deeper dive to see the issues… it becomes easy to ignore. It’s easy to dismiss as mere complaint. Empathy in 2017 requires more involvement than it used to. But it’s still vital.

We should be better than “good enough.” Americans of color still find themselves held out of power. They still find themselves with systemic, cultural, and economic disadvantages. Are things better? Sure. Better than 1820 or 1880 or 1930. No doubt. But that doesn’t mean the work is done. And that work requires white people to accept that they have things easier. That the system is built by and for themselves. That they will need to put themselves in the shoes of others. That they have to accept responsibility. Not necessarily responsibility for the existence of racism, but for the privilege it provides. The privilege of not worrying about potentially racist policies from the new President. The fact is that it’s difficult to give up those societal advantages when they aren’t recognized, and sometimes harder still when they are.

White people – I’m talking to you, as a white person. As a person of privilege. I speak your language. I too sometimes feel reflexively uncomfortable hearing those less privileged than myself articulate their pain, fear, frustration, and anger. Sometimes I even want to deny, to argue, to say – hey, it’s not my fault. I wasn’t there. I didn’t oppress you.

But that instinct is the problem. It is a way to immediately invalidate the experience and distance myself from that pain. And progress won’t be possible if white people keep doing that.

When African Americans, Asian Americans, Native Americans, Latino Americans, Muslim Americans, immigrants, LGBT individuals, women, or anyone else who has been marginalized states they have a problem – SHUT UP AND LISTEN. Don’t argue. Don’t deny. Don’t backpedal. Don’t try to counterattack. Shut up, recognize your privileges and LISTEN. Don’t try to defend yourself. I know that’s hard to do. But refrain from that, please. Because you aren’t personally under attack. A system is what’s being indicted. A system white people benefit from. But they don’t have to. And they shouldn’t, if we are to gain true equal opportunity. White people, we’re going to have to get uncomfortable if we’re going to fix this.

People of color are still in the minority in America. This is changing from a demographics standpoint. It won’t be the case in 30 years. But the long-held majority status has allowed white people to consolidate power. Black President or not, white Americans still wield power and influence out of proportion to their numbers. And sharing that power is a scary concept for many. But in the long run, there is no choice. No alternative to progress.

Donald Trump’s rise was due in part to racial fear and prejudice. But this can be used as an opportunity, if people are willing to seize it. My fellow white people: we can lash back against the backlash. The hatred that allowed Trump to narrowly take the White House is likely a temporary one. But the first step to ensuring that it remains merely a historical blip is to listen to people of color. Don’t dismiss their fears.

We can’t afford to let racism win in America.

As always, others have said it better. Check out these links for more information:

2 Responses to The Backlash